← more from
Audiotree
Get fresh music recommendations delivered to your inbox every Friday.
We've updated our Terms of Use. You can review the changes here.

by Murder By Death 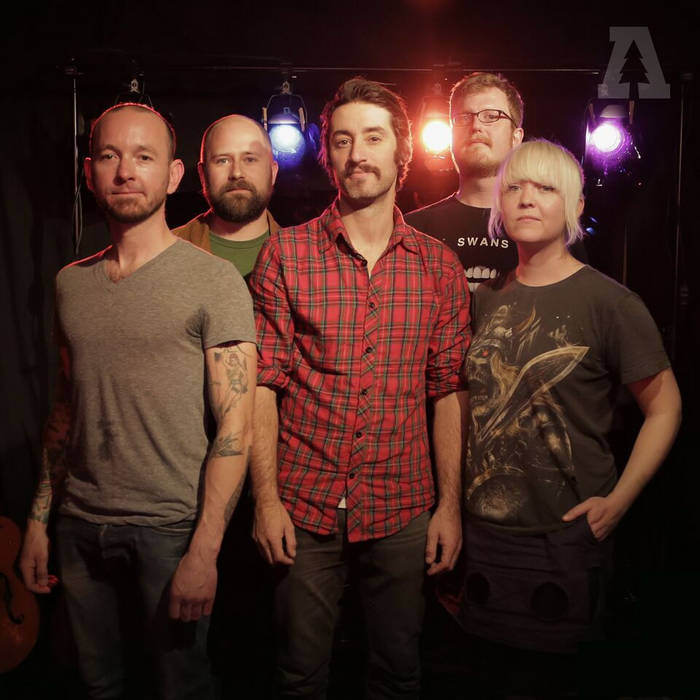 Murder by Death is a baroque rock band who use classical instrumentation to write quirky, lyrically dense rock. The chamber quintet has released 7 records since 2002, the most recent being 2015's "Big Dark Love." In the band's early days, they were lumped in with emo/glam/punk bands like My Chemical Romance and Thursday; frontmen Gerard Way and Geoff Rickley even contributed guest vocals to 2003's "Who Will Survive and What Will Be Left of Them?" Over the years, Murder by Death have carved their own path, headlining national tours and supporting bands like Lucero and Minus the Bear. Their unique take on rock with classical instrumentation and a decade-long lifespan has garnered the band a massive, committed fanbase.

Murder by Death recorded and released their last two albums through crowd-funding platform, Kickstarter, raising nearly $280,000 for "Big Dark Love." This marks the second time the band has solicited fan support, the first being the release of 2012's "Bitter Drink, Bitter Moon," which raised $187,000. Their voracious fan base promotes experimentation and evolution, watching them wade between gothic influence, classical pop, and Western stylings.

Lead vocalist, Adam Turla, spins yarns in a whiskey-soaked baritone, providing gritty overtones to the band's textured instrumentation. Between strings, brass, guitar, and various percussive components, the band is able to write rock music that is vast in scope and scale. Toeing the line between cinema and roots rock, Murder by Death finds a sensational balance between experimental song structure and pop sensibility. Watch them perform new tracks here on Audiotree Live.

Bandcamp Daily  your guide to the world of Bandcamp

Quelle Chris joins the show to discuss his most recent release, "DEATHFAME"